Political Status: The Belsize Residents Association was a non-political body.

Planning: The Belsize Residents Association’s detailed responses to Camden Council’s Local Development Framework proposals in 2010 had a good deal of influence on the final shape of the document. In commenting on planning applications we generally attempted to ensure that Camden Council abided by the policies set out in that Framework  and in the Belsize Conservation area statement..

Basements: The Belsize Residents Association has consistently opposed basements that extend beyond the footprint of the existing building or are deeper than one storey. The BRA was a member of CRAAC, a federation of Residents’ Associations campaigning to strengthen Camden Council’s policy formulation and implementation in this area. 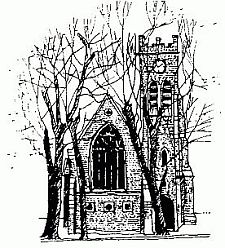 Locally listed buildings: The BRA supported Camden Council’s local list of buildings, street features and landscapes that make a valuable contribution to the local area and are entitled to special protection within the planning process. Following its successful campaign to prevent the demolition of architecturally important buildings at 2c and 2d Belsize Park Gardens the BRA, alongside other local associations, lobbied Camden Council to create the list and nominated a number of local buildings for inclusion..

Estate Agent Boards: The BRA supported Camden Council’s ban on Estate Agents boards in the Belsize and Hampstead conservation areas. A fuller explanation of these rules and details of the roads covered by the ban, is available here.

Trees: The BRA worked to maintain the benefits Belsize gains from many mature trees in our streets and private gardens. In Conservation Areas, any severe pruning or felling of a tree requires permission from Camden Council. This also applies to trees with preservation orders (TPOs). Members were encouraged to be aware of the condition of trees in their neighbourhood and anyone concerned about a particular tree or trees can contact Camden Council’s Tree teams. The BRA reviewed all tree applications and the responses may be found in the BRA Committee Minutes.

High Speed 2: The BRA was very concerned about the likely impact of construction work for the High Speed 2 railway line which will run across the southern part of Belsize. The BRA submitted a Petition to Parliament, seeking mitigation of the effects of HS2 construction works on Belsize and expressing ecological and heritage concerns. A Petition is a formal document drafted in a special form. It is a request to be heard by a Parliamentary Select Committee on issues set out in the Petition.

Streets and Transport: The BRA aimed to strike an appropriate balance between the needs of walkers, cyclists, drivers and public transport users and to seek the best solutions for Belsize residents. Issues of concern were raised with Camden Council and we responded to all consultations undertaken by the council on issues likely to be of concern to members. These included issues such as licensing policy, gambling policy etc. Responses were formulated by the committee having regard to any comments they received from members.