The purposes of the Association are:

The interests of members and residents are taken to include: public services and amenities; planning, development and conservation; public transport, traffic and parking.

The Association will not align itself with any political party. 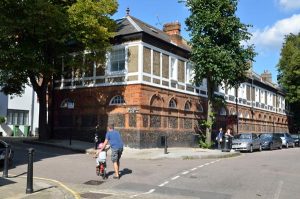 Membership will be open to all residents of Belsize ward and adjacent areas who accept the Constitution of the Association and pay an annual subscription at a rate determined from time to time by the Annual General Meeting.

The Officers of the Association shall consist of a Chairman, Treasurer and Secretary. The day-to-day running of the Association will be in the hands of a Committee of up to twelve members who shall be elected at an Annual General Meeting. At its first meeting following the AGM the Committee shall elect from among its elected members a Chairman, Secretary, Treasurer and such other officers as may be appropriate. These appointments shall be notified to members.

The Committee shall have powers to co-opt members up to the maximum number. Five members shall constitute a quorum and members who have been absent without notice for three consecutive meetings may be asked to resign.

The Committee shall meet at least six times during the year.

An Annual General Meeting (AGM) shall be held annually in the spring with three weeks notice to members. The business of the AGM shall be:

A minimum of ten members shall have the right to require the Committee to call a General Meeting with a minimum of seven days’ notice to members. Additional general meetings will be held as required to determine policy and for other purposes which the Committee thinks useful.