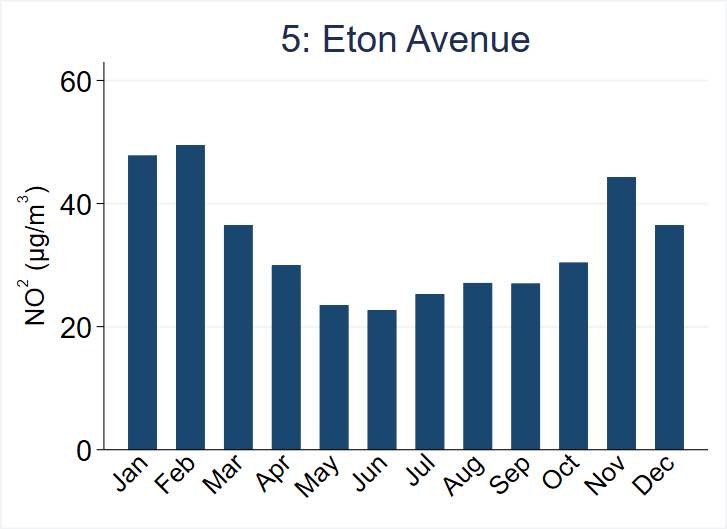 Each monthly value is produced by calculating the mean of the concentrations measured by three diffusion tubes at each location. Out of the 120 monthly mean values, four are shown as missing in the charts (no bars) due to all three tubes at those locations being taken or vandalized that month. Two locations in August 2019 each had two tubes taken so those reported values are from the single remaining tube. There were a further 11 instances over the year where one tube was taken from a location and for each of those results the mean of the remaining two tubes is presented. Overall, 93% (333/360) of the tubes deployed were not tampered with and provided good data during the 12-month study.